While on vacation, I’m not staying up on my blog reading and sadly don’t know what you all are up to. Boo. I am trying to do my best to stay active and not eat too much. My husband has a few days work this week where I am on my own. I took advantage of my free time yesterday to take an amazing hike.

Bishop Peak is about 25 miles from where we are staying, so that was my first challenge- getting there. My husband does the driving when we are on vacation and have a rental car because I’m too chicken to drive. My anxiety is made worse by his being a grouchy passenger-navigator. I was determined to get over my fear of driving in a strange place with a car I don’t own. So I did! We are in the mountains and the drive was scary. I was scared enough that I could feel the adrenalin. But I kept breathing and kept driving down that long, steep hill at 65 mph (105 km/h). It’s not like I had a choice once I found myself on that hill. There was only one way out- down.

Here’s the information the city gives on the hike:

I started the hike at an alternate trailhead (I found out later it was an alternate) so my gps told me I went 3.5 miles (5.6 km). The hike started at about 600 feet elevation. I made sure I had water and a snack and headed out. The beginning was a wooded patch with large rocks scattered about. Soon I found myself out on a hard, lumpy mud path with scattered gravel in the sun. This part was very steep and I worried about what I had gotten myself into. This part ended with me breathing hard and feeling determined to keep going unless I passed out. I entered into a wooded area again strewn with large rocks. The path was running along a vertical rock wall stretching up, up, up. This section went up and down alternating. The trail was very rocky with large and small rocks mixed with a sandy, dusty base. After awhile the trail broke out into the sunshine with gorgeous view of the town and mountains in the distance. The trail continued with the same dusty, rocky mix and zigzagged back and forth up to the top of the hill. It was very difficult maneuvering the rocks. They were all different sizes and most footsteps were done on rock of some sort. Because of the incline of the path, many steps were taken just like climbing stairs. Actually, some of the rock in some places had been either broken or placed (not sure which) so that they resembled stairs. Usually this was not more than three “stair steps” in a row. Some rocks you could squeeze a foot between. Some large rounded rocks you had to climb over with several footsteps. It definitely took a lot of focus and effort to maneuver those rocks!

All along the top portion the views were amazing. I kept stopping to take pictures (and catch my breath). The trail had lots of hikers. A lot of college students in great shape. Some runners. Lots of older people that surprised me and made me happy that I’m not too old to be hiking up a mountain. There were pets along for the hike too. I saw a white bird on one hiker’s shoulder. I guess it was something like a parrot. Lots of dogs. One was a cute labrador puppy. I saw two different dogs carrying doggy packs. One woman brought her three yorkshire terriers. So cute.

The best part was reaching the top. I felt so proud that I had accomplished my goal. And the view was breathtaking. There were two benches there and I sat on one and chatted with a couple my age from Michigan for about 45 minutes. It was so peaceful on top.

Coming down went faster, thanks to gravity. I tried to jog on the short (very short) less rocky sections. But there weren’t many of those and I couldn’t go more than ten, twenty feet before rocks got in the way of jogging. About two-thirds of the way down, my legs started to feel like jelly. And my knees really started to hurt. It really was a very strenuous hike. The whole thing took about two hours of hiking. We sure don’t have great hikes up a mountain/hill like this where I live. 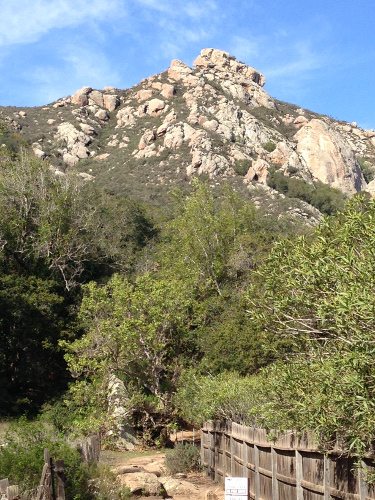 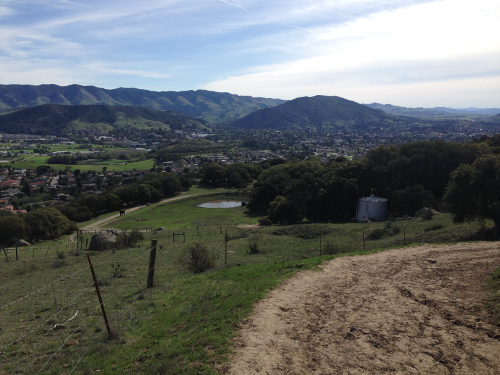 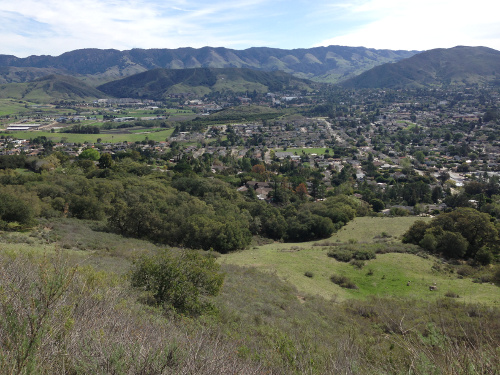 ^^ Leaving the woods for the sunny zigzagging up the side ^^

^^ A smoother section of the trail with less rocks ^^

^^ Getting higher, things below are getting smaller ^^

^^ Rocks everywhere, this point is getting close to the top ^^ 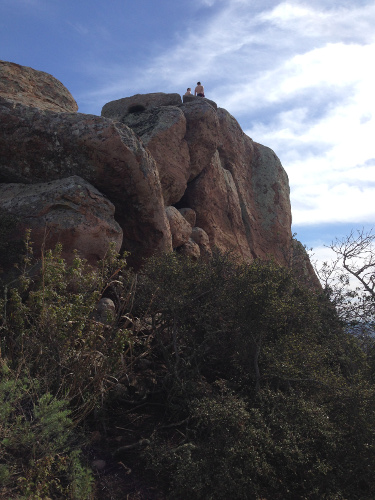 ^^ Agile people can climb rocks to get even higher ^^ 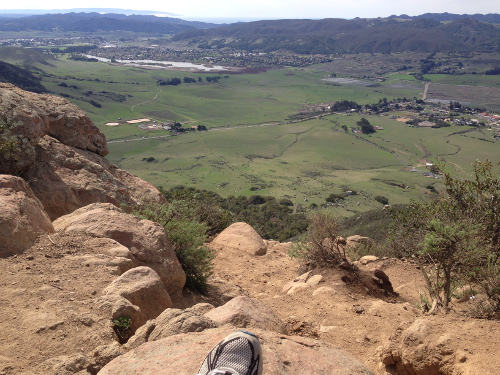 ^^ The view from the top. A picture doesn’t show how breathtaking it is ^^