On Saturday morning around 7 am five of us donned white T-shirts and headed out 25 miles drive to the Color Run. If you’ve never heard of the Color Run, it’s a fun, un-timed 5k intended to encourage physical activity, especially for people who are not active. The idea is to make walking/running fun. The Color Run’s nickname is the Happiest 5k on the Planet!

I had this idea last year that this would be a good 5k for me to ease into running. I asked all my family (three grown kids, one significant other, one granddaughter, and my husband) if they would be interested in joining me. I also asked my neighbor and friend, who is a runner, if she would be willing to join me, since she knows all the ropes of running and races. I expected a resounding ‘No, thanks!’ from my family (they don’t have the running bug like me and at that time, none were already exercising except the significant other). I was very surprised that they were happy to support me and join me! We ended up with five of us signed up and only my one daughter and her daughter could not join us due to another commitment. Then my son was not able to come due to his work schedule :-(.

My neighbor has always been supportive of me and my feeble attempts at exercising. We joined a boot camp together about 6 years ago. I dropped out due to my embarrassment at being the worst in the class, while she kept going and took up running. It has bothered me since dropping out that I did. I could kick myself now, knowing how much healthier I would be if I had kept going. When she took up running is also when I got the idea that I would like to try that. But it’s taken me this long to actually do something about it (kick again). I was very happy that my friend agreed to do the Color Run with me!

You can guess from all the support I mustered up that I was pretty nervous about doing a run in public. The anxiety hit super hard as the run got closer. I was so disappointed not to have reached my goal weight and to know I would not be able to run the whole 5k. Those were long term goals that I was not meeting. I really had to dig deep to not give up based on just that. But my real goal is to just run no matter how slow and I love running even though it’s hard and I still have to walk a lot. I am improving as time goes on and I can’t forget that! I also know it’s mostly the mental side that holds me back, which is all the more reason to not quit and keep working on it.

In the week before the run, my friend encouraged me. She told me, that it was ok to not run the whole thing. She said our plan would be to run, then walk to catch my breath, then run, repeating all the way. She would stick with me the whole way. (This woman can run a 5k in under 24 minutes, which is great for our age.) She told me of her first 5k where she was not able to run the whole distance. She talked about our neighborhood that is not flat, so the hills are a challenge for a beginner.

In these couple months leading up to the Color Run, you might have followed my journey to get healthier and prepare for my first 5k, but I’d like to give a shout out to my family. First, my daughter began exercising and eating healthier. She’s never been much of an exerciser. She’s at a very healthy weight and her job can be very physically demanding, so she’s no slacker by any means. But her diet has been pretty poor and there has been no time dedicated to exercising. Here she is trying to eat healthier and exercising! I am so proud of her lifestyle changes! The same goes for her significant other. He had been exercising, but he stepped up his game to prepare for the run. He dropped ten pounds and spent countless hours on the treadmill walking at full incline! I’m so proud of him too. Even Darling has been seen walking. Maybe not consistently, but any walking is better than none! The whole point of the Color Run is to promote healthy living, and it certainly did for this family.

Back to the actual Color Run… Three of us had our packets ahead, but two needed to pick them up the morning of the run, so we made sure to get there early. We got a great parking spot in the closest lot to the start. I honestly had no idea what to expect. I was thinking there would be hundreds of people. My friend thought a thousand. We later found out it was actually six thousand. Whoa, that’s a lot of people. The other thing I discovered is that it was meant to be a lot more fun than my anxious mind had realized. People were dressed in bright, colorful outfits. Along with the white T-shirts prepared to be splattered with colored cornstarch, there were striped and polka dotted knee-hi socks, tutus, headbands, colorful duct tape shoe protector covers. I wish I had thought of how to bring my phone along so I could have gotten more pictures. (Some people had put their phones in plastic bags). Our packets included a couple tattoos and a striped headband. In order to feel more colorful, we used those. But if there’s a next year, we all decided tutus are a must!

My friend advised me to only have one cup of coffee and to eat something for breakfast. No problem there, since I’m a “morning eater”. I had my usual yogurt and fruit sprinkled with granola. I was careful to not drink too much water. We got in line about 8:45 for the 9 am start. We snuck in closer to the start, but we could see the people stretched a long ways out of sight. As it got close to 9 I realized how thirsty I was and my tummy was already grumbling that it was hungry. Sigh. Some people were drinking from water bottles and that was hard to watch. I was so wishing I had brought some water to drink while we waited. So, I learned I need to drink more water than I had!

Being a fun run, we had a DJ sort of guy at the start line entertaining us and giving away items like hats and frisbees. Close to 9, I started up my watch. With no official timing, I wanted a gauge of my time so I can measure my improvement in the future. At 9 we started, then we stopped. From as far back as we were we couldn’t really see the start line through all the people. We realized they were letting people go in waves. Now I understood what they meant by the start deadline was 10 am. It would take that long to let so many people start in waves. All this starting and stopping was hard on my anxiety! I didn’t count but I think we were about wave 6 to get released.

And there I was running a 5k. Since I got kind of long-winded with this post (sorry!), I’ll finish this in a second post. 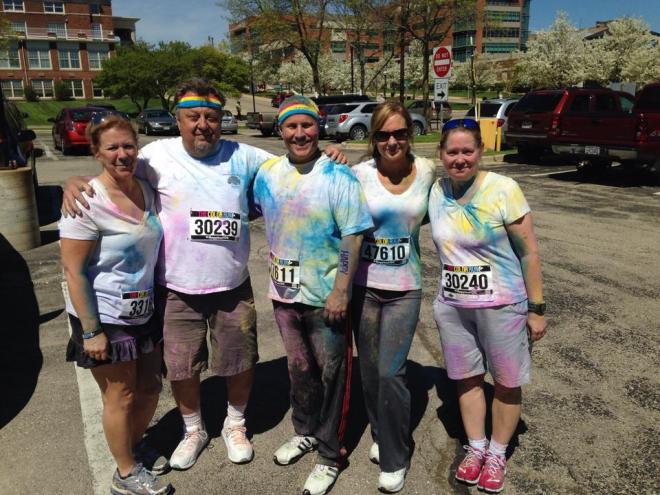 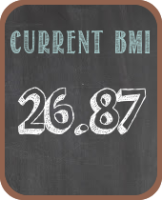